Yesterday Tomorrow is a kind of musical, a collaboration between human artists and evolutionary algorithms. In this work, a trio of live singers are fed a real-time algorithmically-generated score to create an environmental concert of song, software, gesture, light, and space. Inspired by a kind of artificial intelligence known as evolutionary computation, Yesterday Tomorrow gives a unique experience of the complexity and unpredictability of the present tense contrasted with the known past and the imagined future.

Beginning with the Beatles’ “Yesterday,” algorithms slowly transform that song into “Tomorrow” from the musical Annie. Three singers receive the computer-generated music and lyrics both aurally and visually, and follow a movement score, also produced algorithmically, that moves them from a starting to an ending position. Each night, the spatial and musical path from the past to the future is different; neither the singers, the creative team, nor the audience knows where we will end up.

The singers onstage and the computer generated melodies and lyrics blend to create a disorienting series of alternations: between human and machine, between sound and sense, between the recognizable and the utterly unfamiliar. Finally and eventually, it’s a piece about the passage of time, about progress and regress, about the loss of one world and the optimistic creation of another. 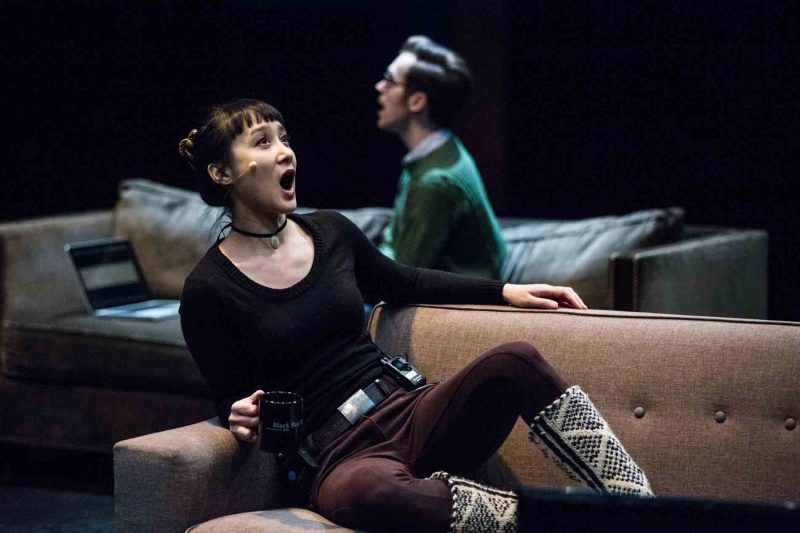 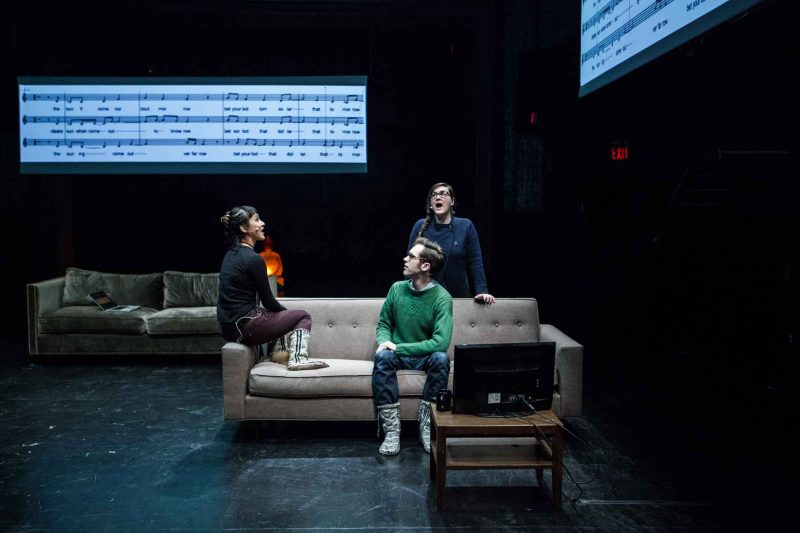 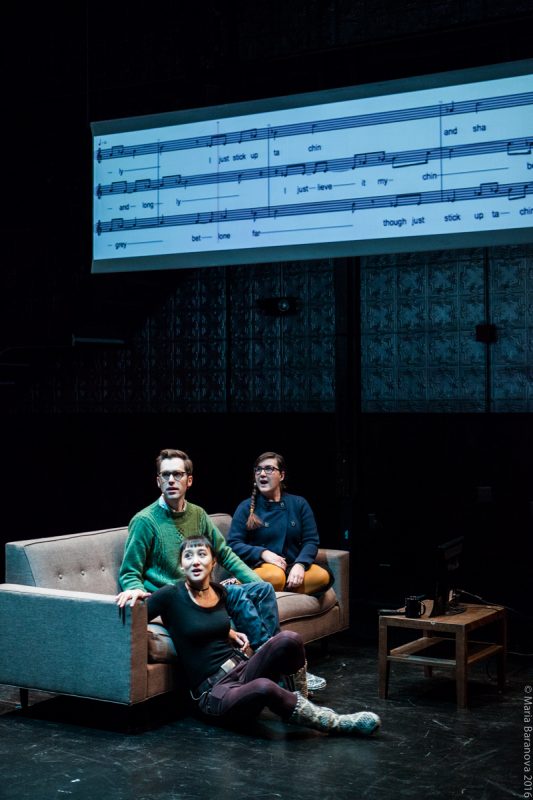 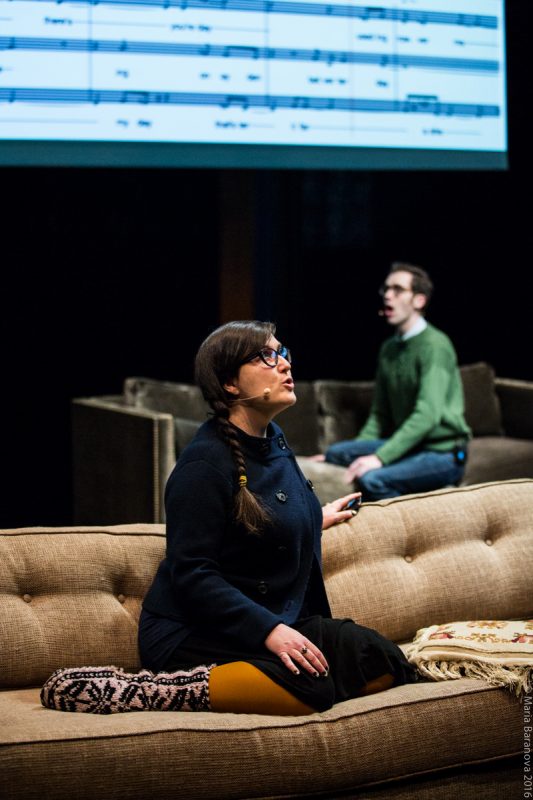 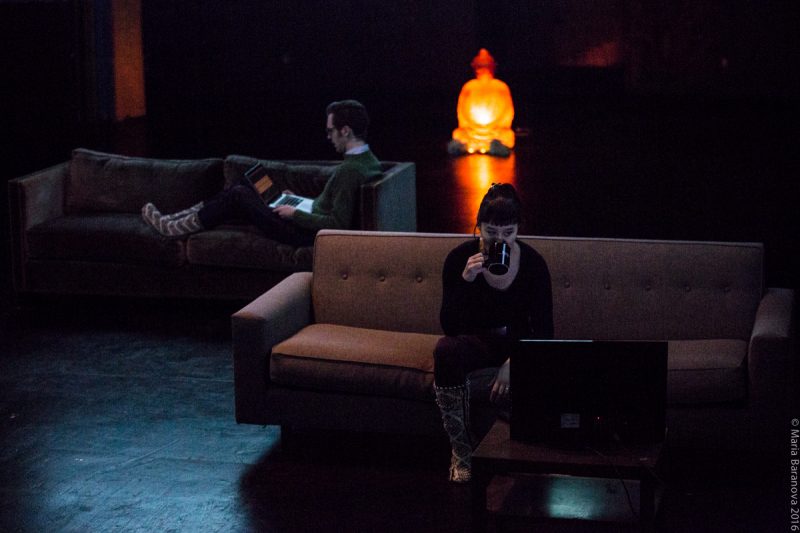 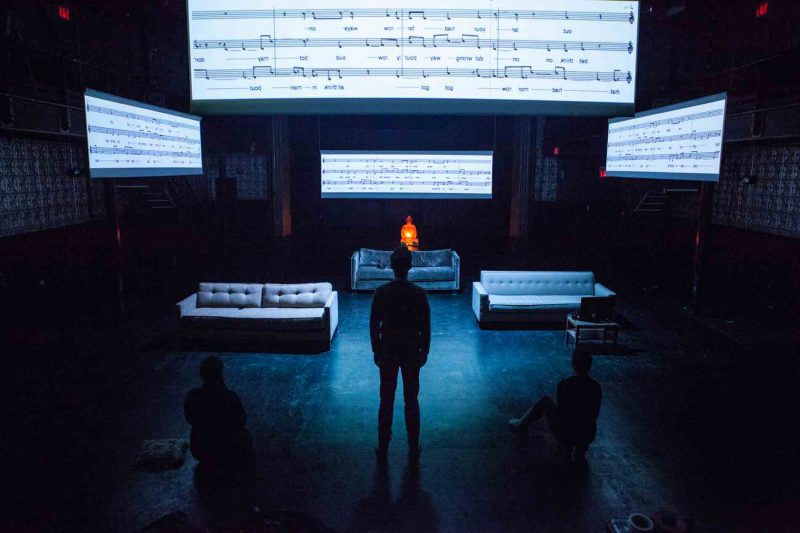 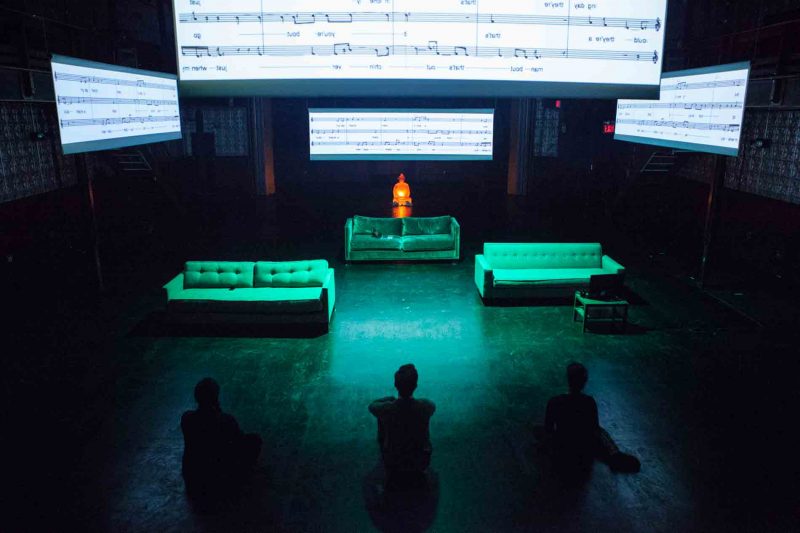 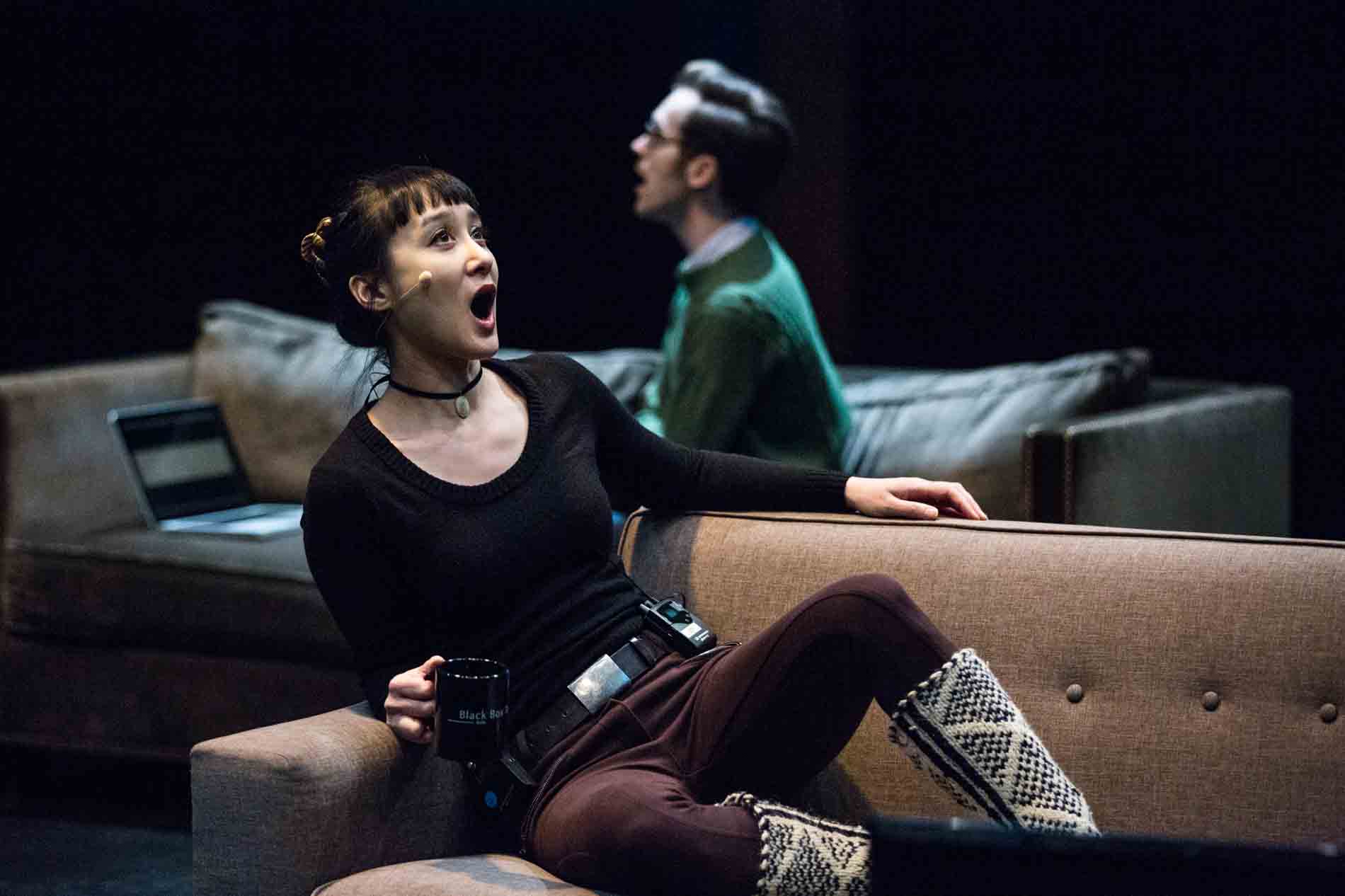 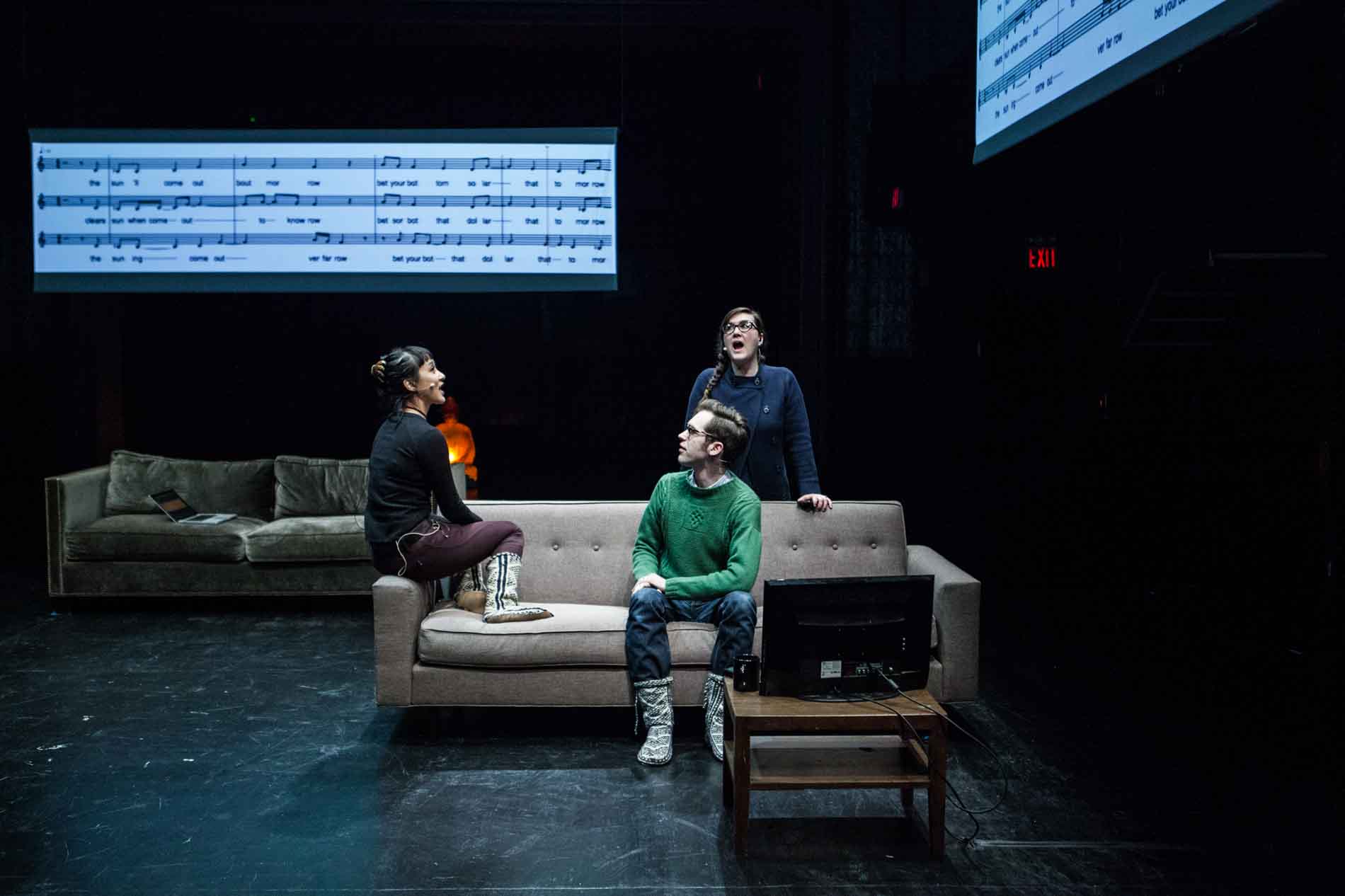 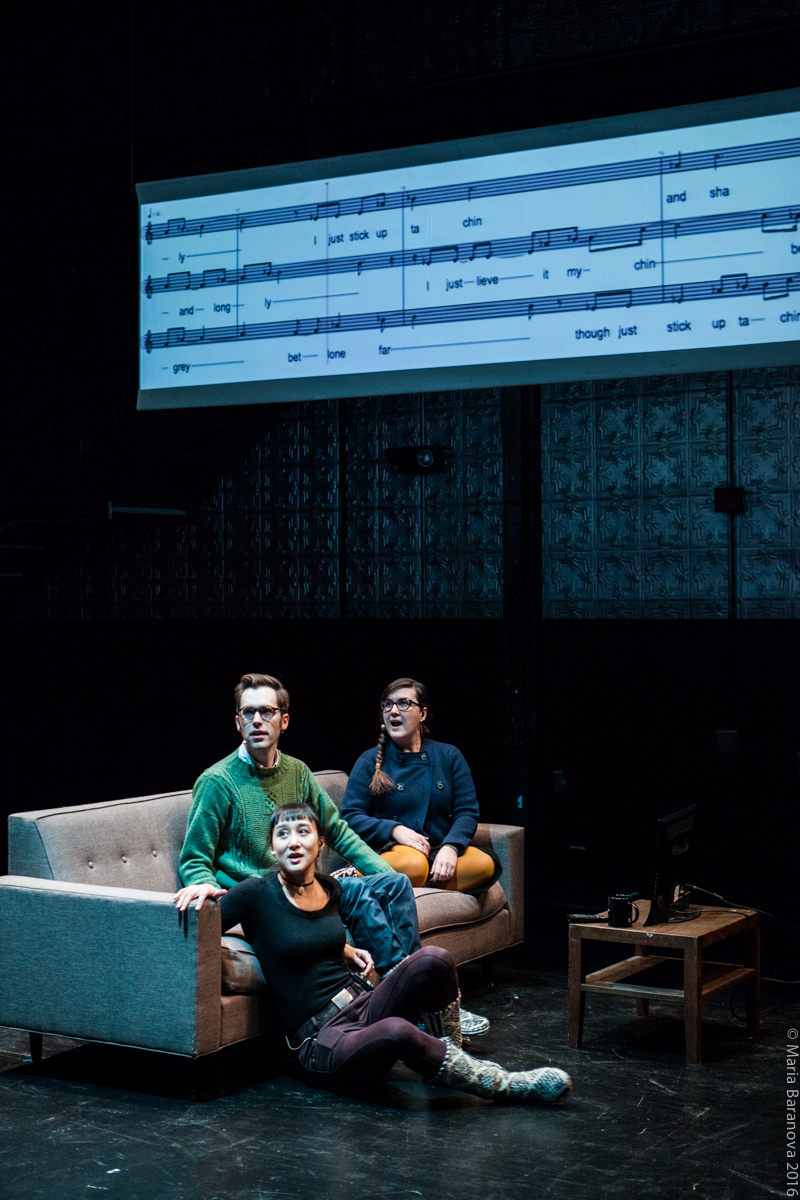 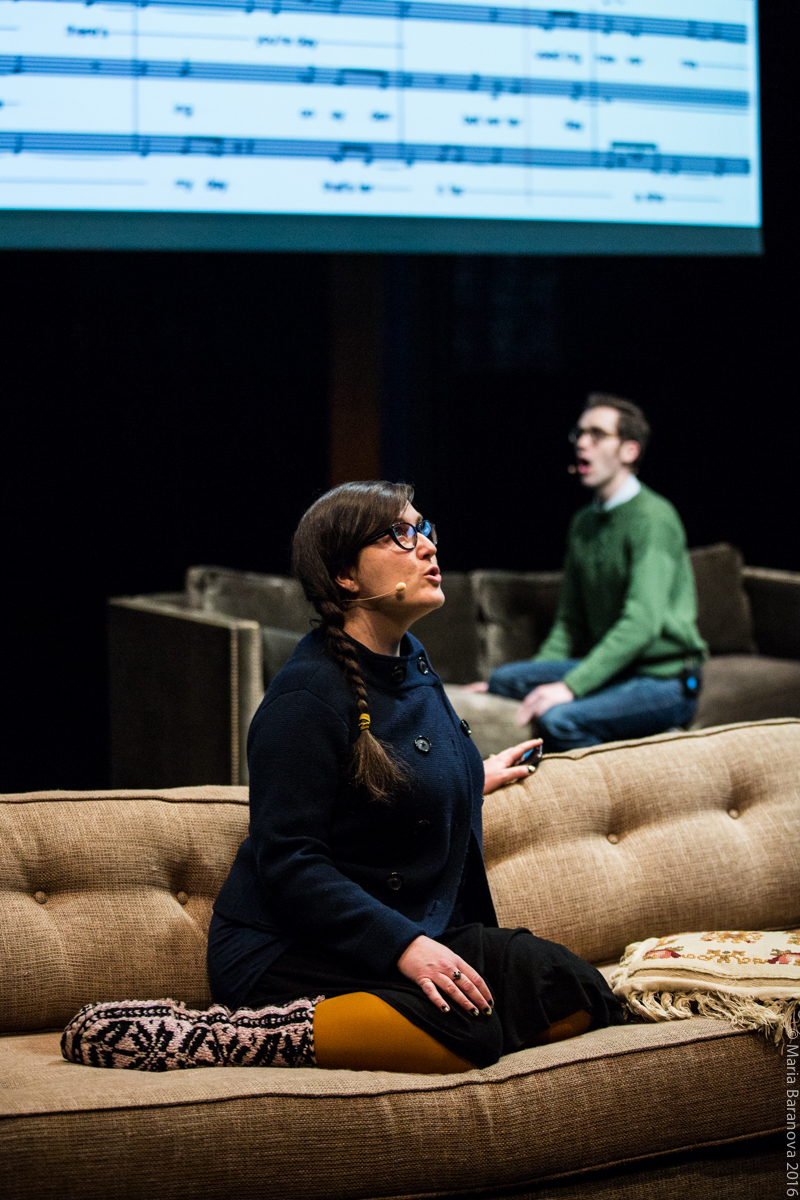 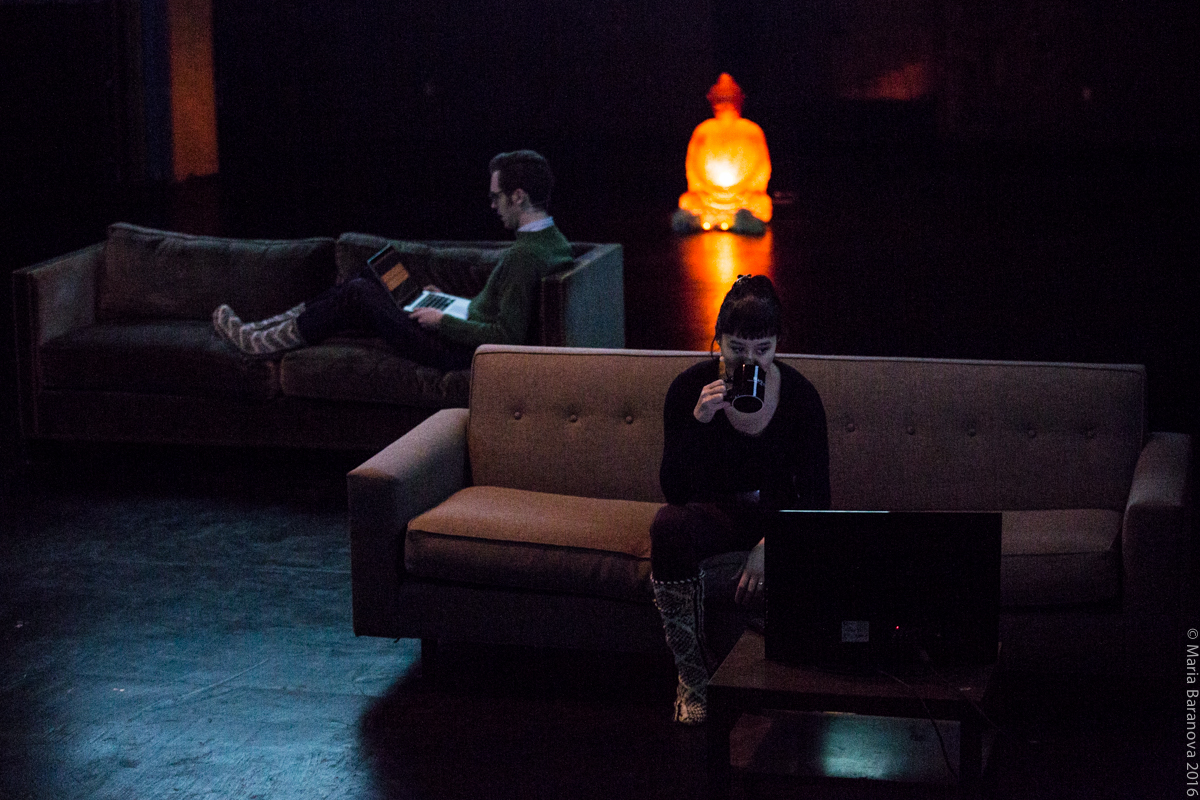 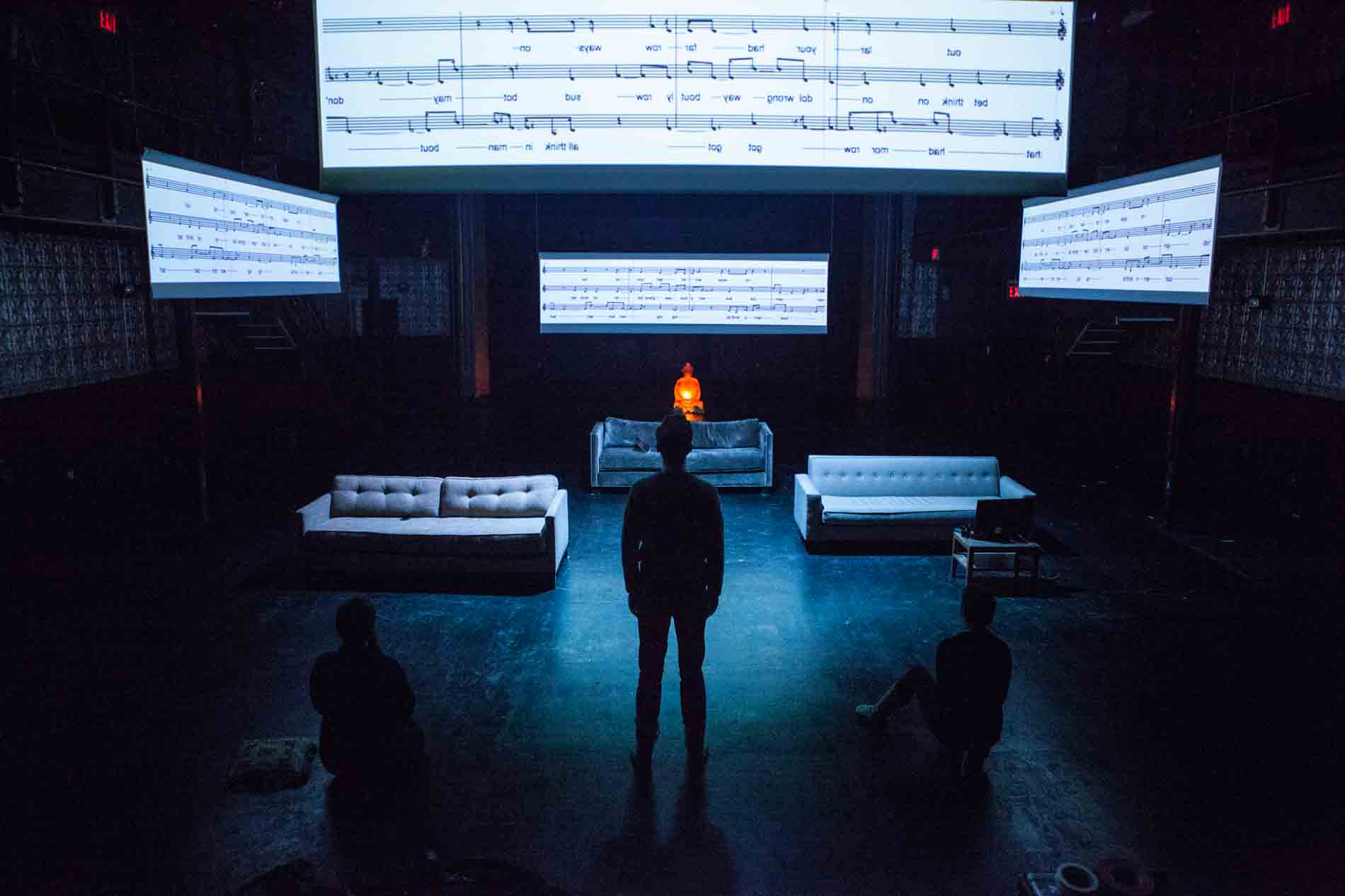 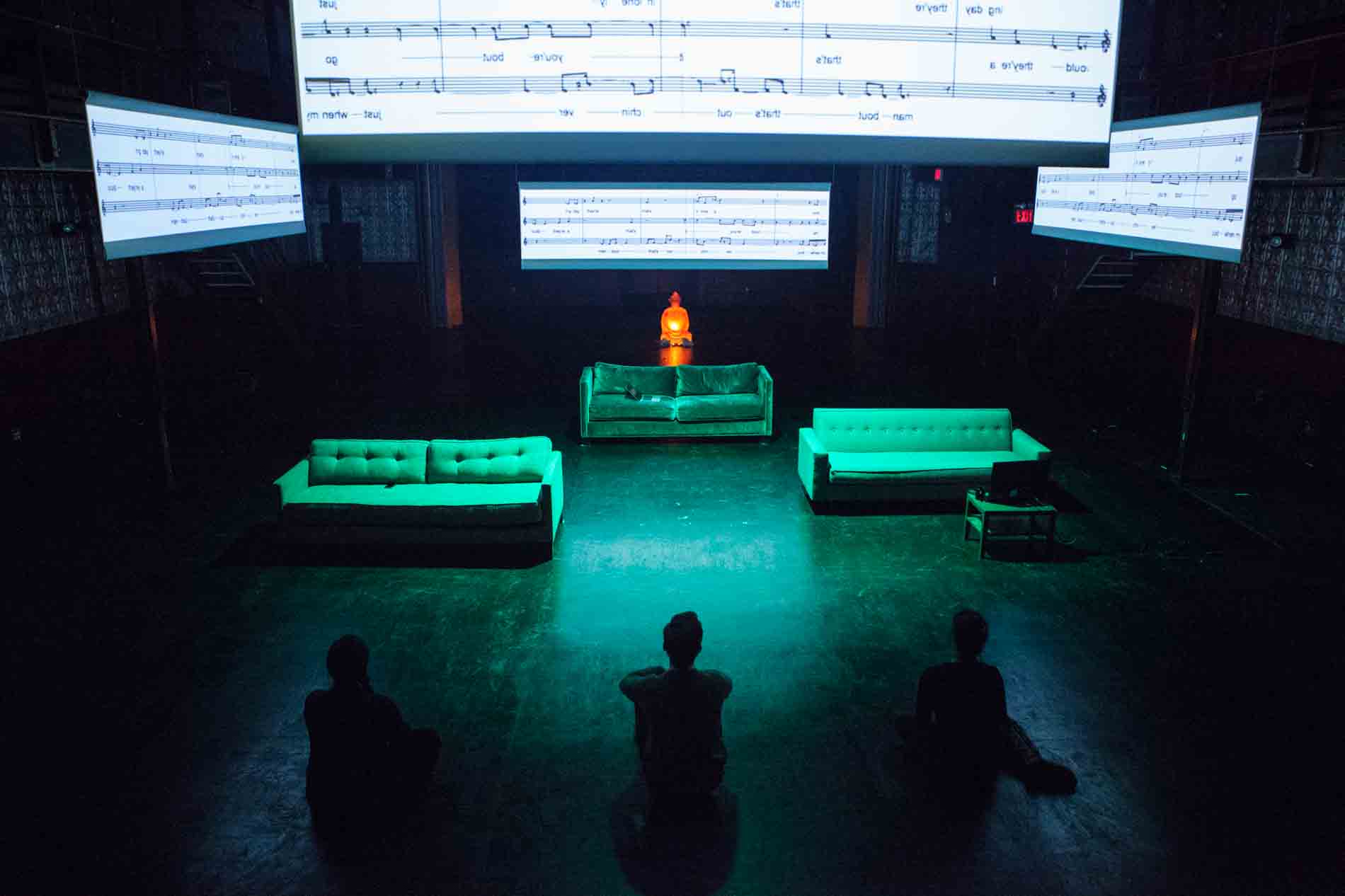 "...a haunting and strangely beautiful musical theater piece that is as simple in its emotional appeal as it is complex in its conception and execution."

"Through complex musical territories, Annie Dorsen takes us on a daring concert...sometimes harsh, sometimes cheerful, the random and technological dimensions of which provoke disturbing reflections on our condition. And our freedom."

"Annie Dorsen has created a brilliant work in which popular culture crosses the elite, and where performance is support for an entirely pertinent interaction between the human and the digital. Run to it tonight."

"Annie Dorsen provides a space where one can fully feel and finally enjoy the present moment in all it has to offer...A meeting of Broadway, experimental music and contemporary theater, Yesterday Tomorrow is a work that does not revolutionize the contemporary scene but opens a huge door for possibilities of a resurgence of theatrical creation. In its short format, this proposition is both accessible and sharp in its implementation and its problematics."