“What a piece of work is a man! How noble in reason. How infinite in faculties, in form and moving how express and admirable, in action how like angel, in apprehension how like a God!  The beauty of the world, the paragon of animals — and yet, to me, what is this quintessence of dust?”

Mixing live performance with algorithms and interfaces, A Piece of Work flips the switch between man and machine in a digital Hamlet for a post-humanist age. The spectator is absorbed in a swirl of connections amongst memory, language and technology, implicating both the past and future of theatre itself.

New scenes, songs, scores and visuals emerge from an intricate and ingeniously programmed web of technology that uses Shakespeare’s original text as data.

Virtuosic actor Scott Shepherd or the legendary Joan MacIntosh (who alternate in the role) perform alongside computers, automated lighting systems, sound and video that have all been programmed to generate a new production of the play nightly. 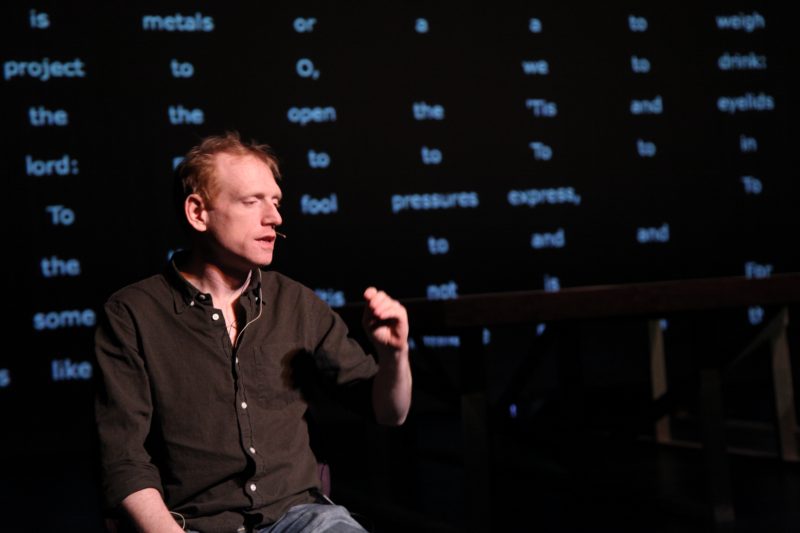 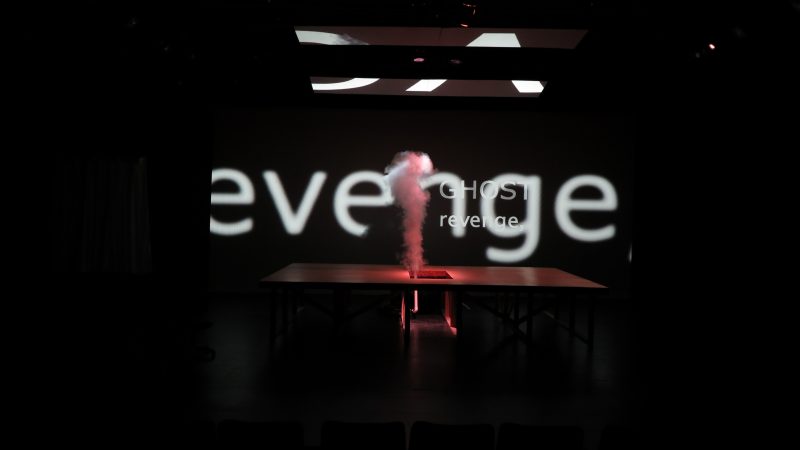 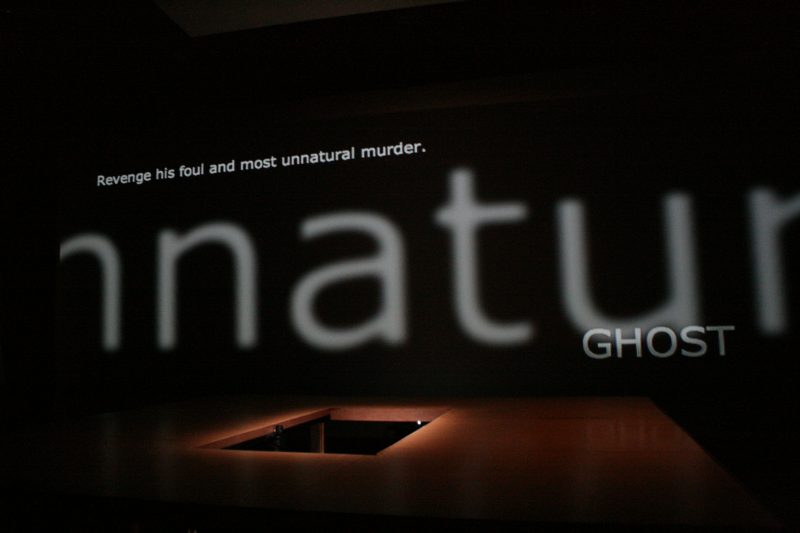 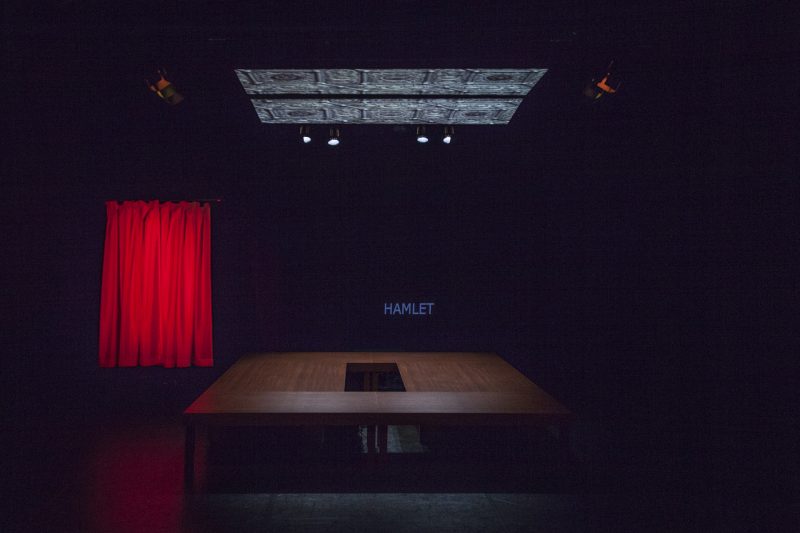 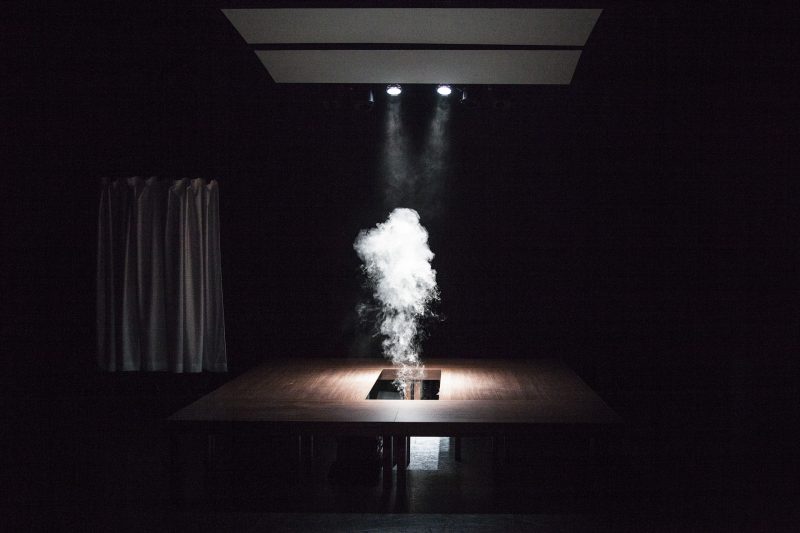 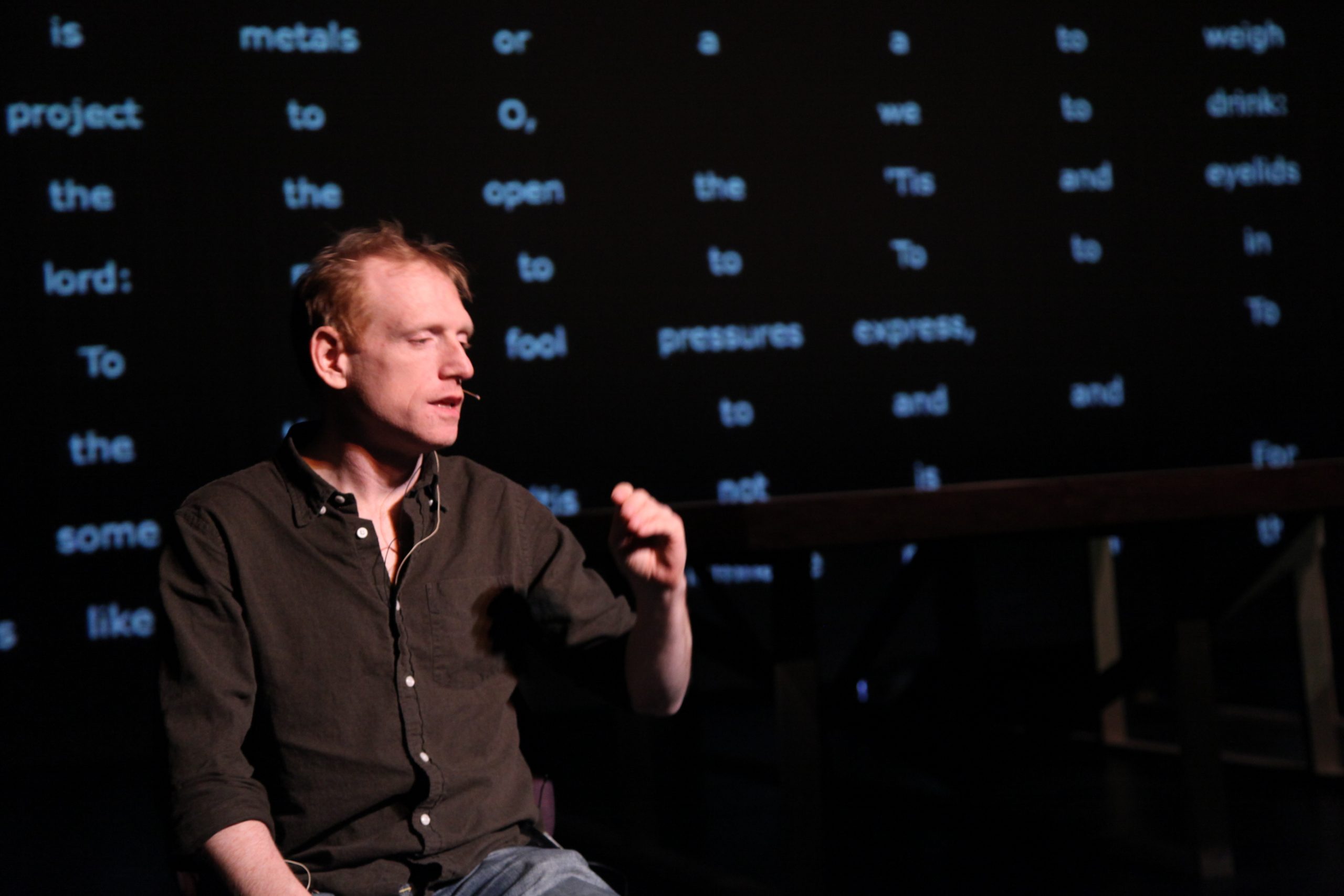 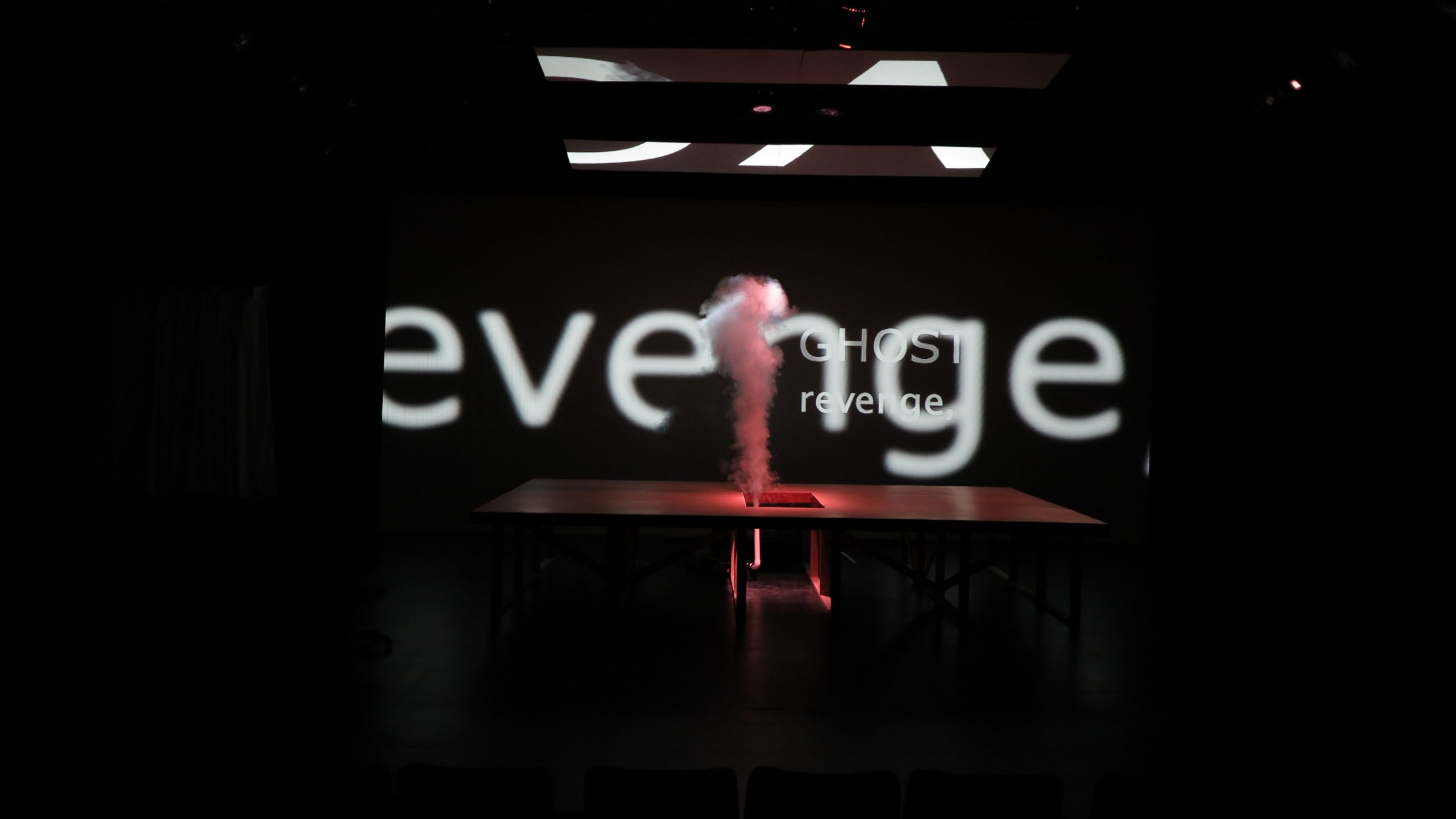 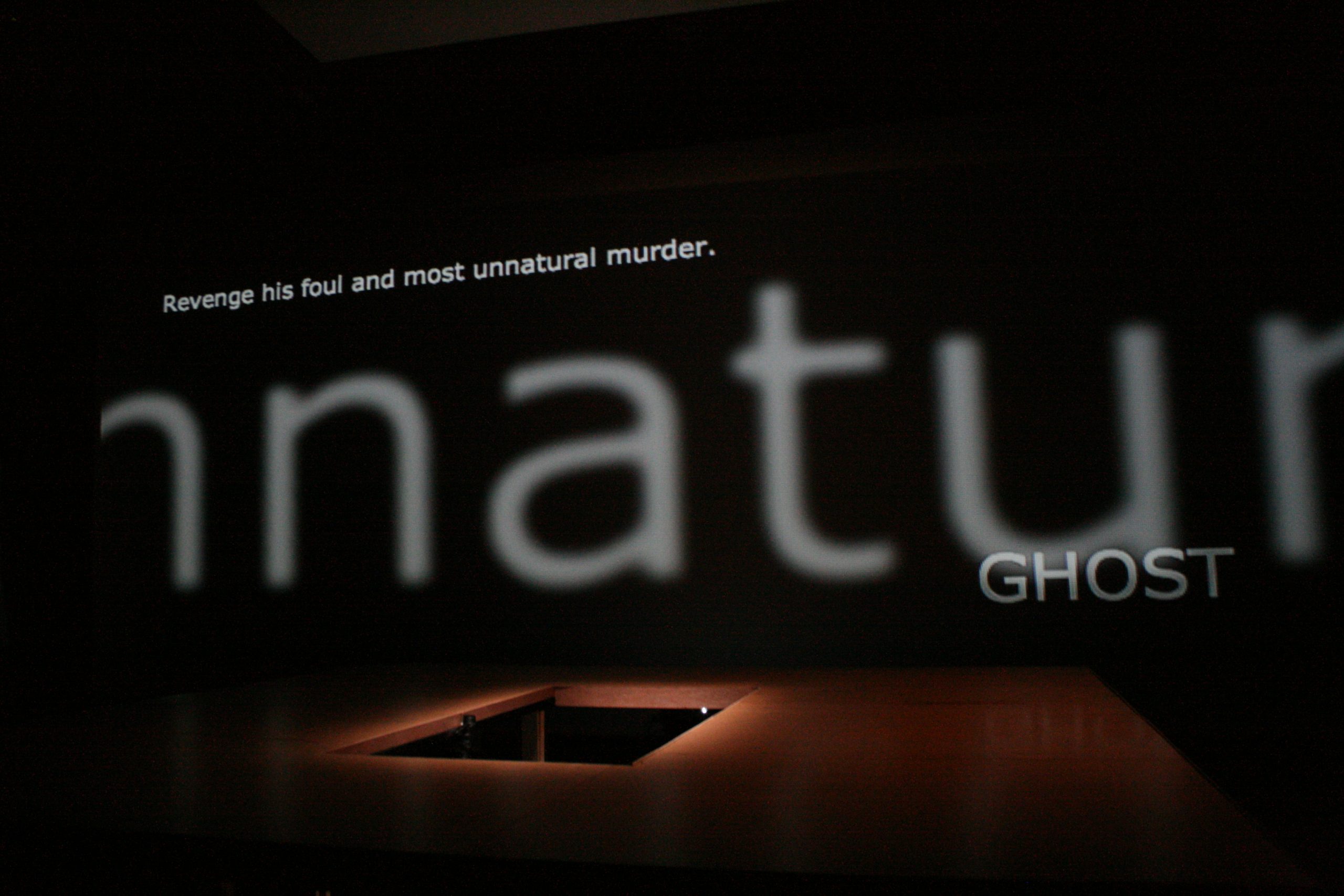 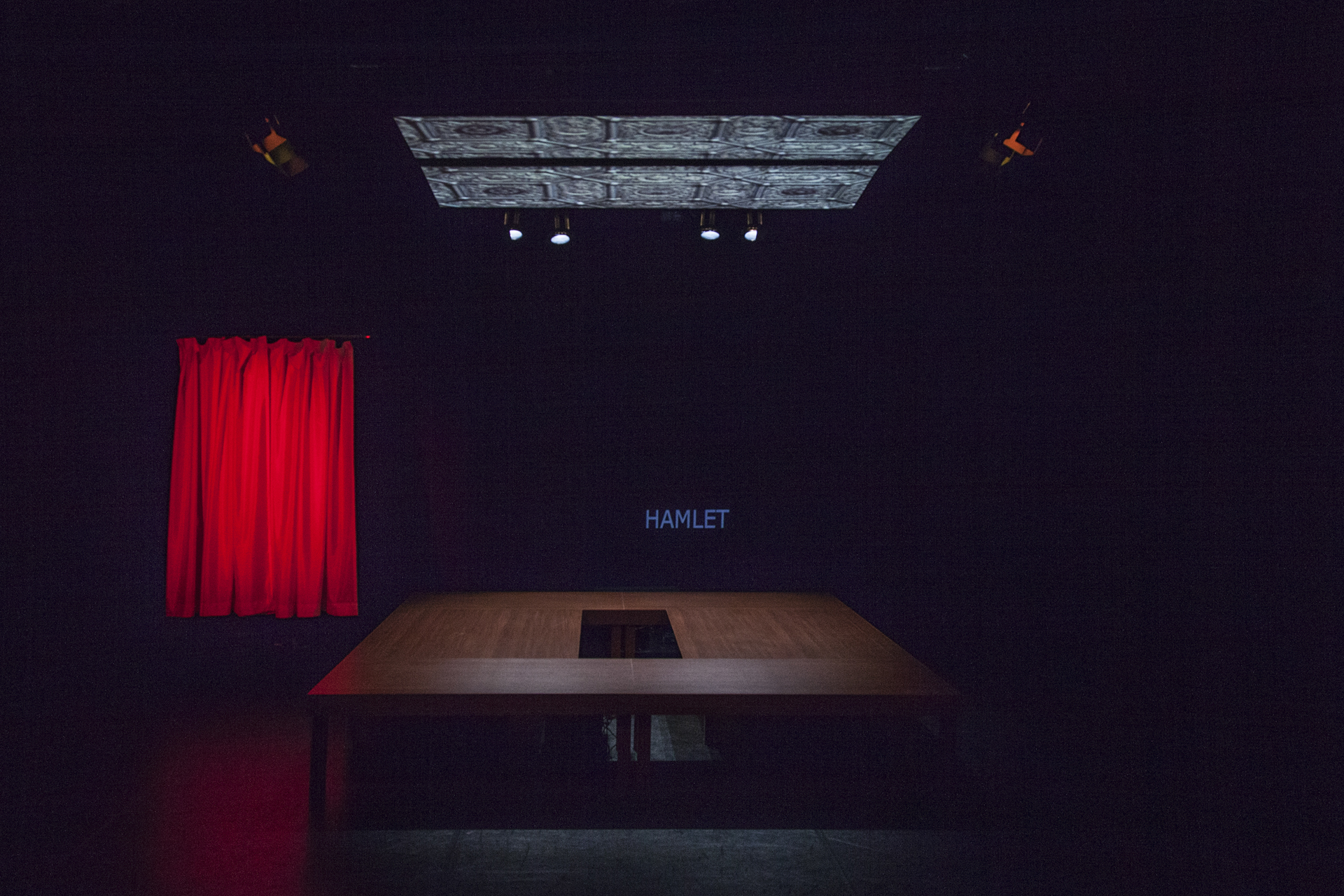 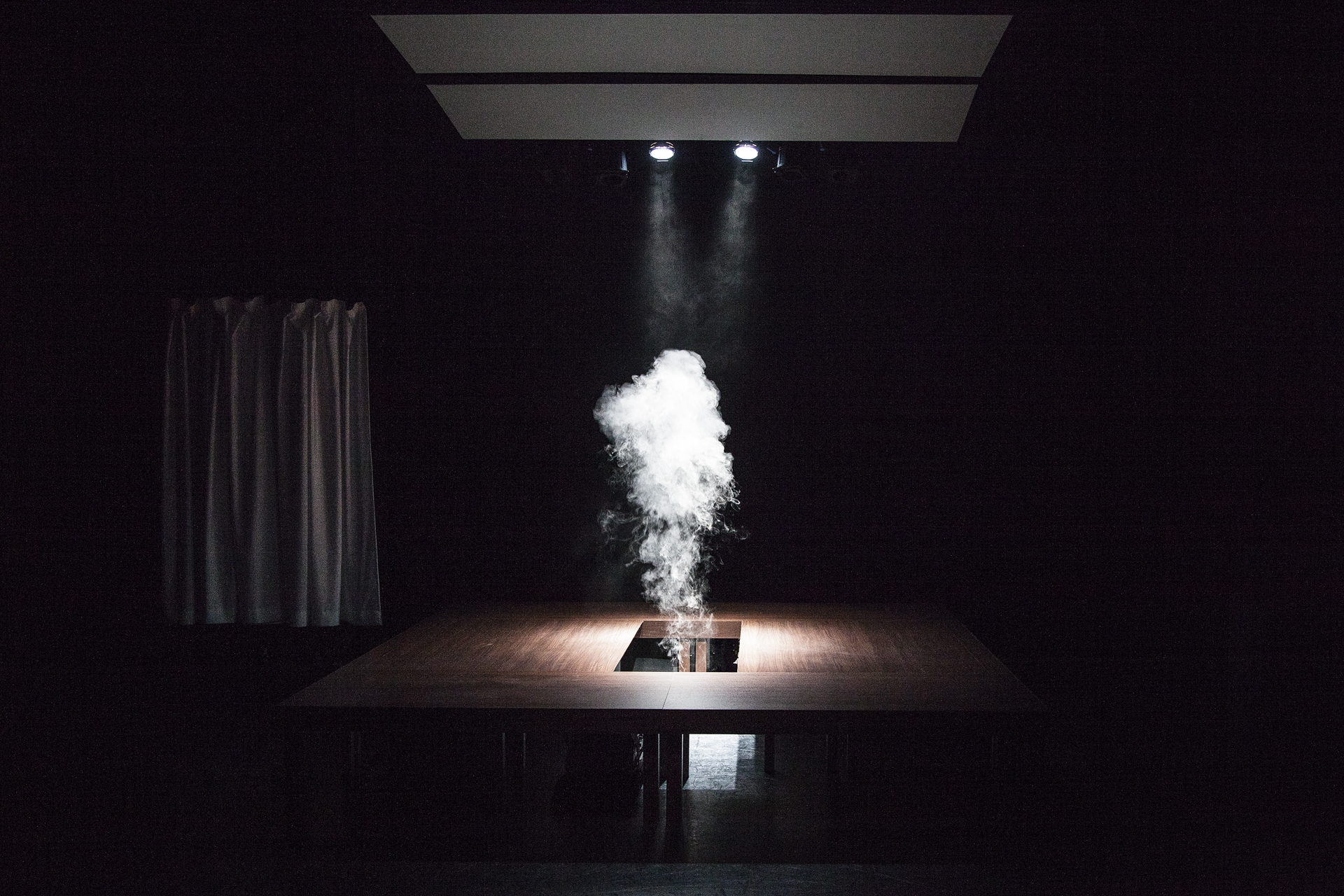 "Not only does Ms. Dorsen deconstruct the text in dizzying fashion — “It’s a little like if the Dadaists had their way with Shakespeare,” she said — but she has also outsourced the actual scrambling to computer codes and chatbots, creating what she calls “algorithmic theater.” Over the course of five acts, “Hamlet” is reconstituted in five distinct ways; sometimes it’s compressed into a fraction of its length, elsewhere individual lines are pulled radically out of disparate contexts"

"To be and not to be.” That was not exactly the question, last time I checked. But that errant conjunction is not the result of a slip of the actor’s tongue. […] In the process, we in the audience are amusingly (or uncomfortably) restored to the state of excited disorientation we probably first felt when encountering the exotic syntax and language of Shakespeare"

"mesmerizing, maddening, and agreeably peculiar. […] Essentially, A Piece of Work […] reveals our humanistic bias, how desperately we want to assign presence and intent even to mere lines of code"

"It is the arbitrariness of its inventions that leads us to new discoveries. It is simply astonishing how many bits and pieces from the computer-generated language sound familiar; proof of how deeply the text of Hamlet has penetrated all world languages. Sometimes the Hamlet-machine produces phrases that are without meaning, yet vie with the original in poetic beauty"

Joost Ramaer,
Theaterkrant (NL)
A Piece of Work is a co-production of BIT Teatergarasjen (Bergen), Black Box Teater (Oslo), Brooklyn Academy of Music (NYC), brut (Vienna), On the Boards (Seattle), and Theatre de la Villette (Paris). It is a House on Fire project, developed with the support of the Culture Programme of the European Union.  Additional support provided by the City of Vienna, and by On the Boards through its Performance Production Program. A Piece of Work was developed in part at Live Arts Bard, the commissioning and residency program of the Richard B. Fisher Center for the Performing Arts at Bard College.
NEXT PROJECT